Load on a curve from DXF reference 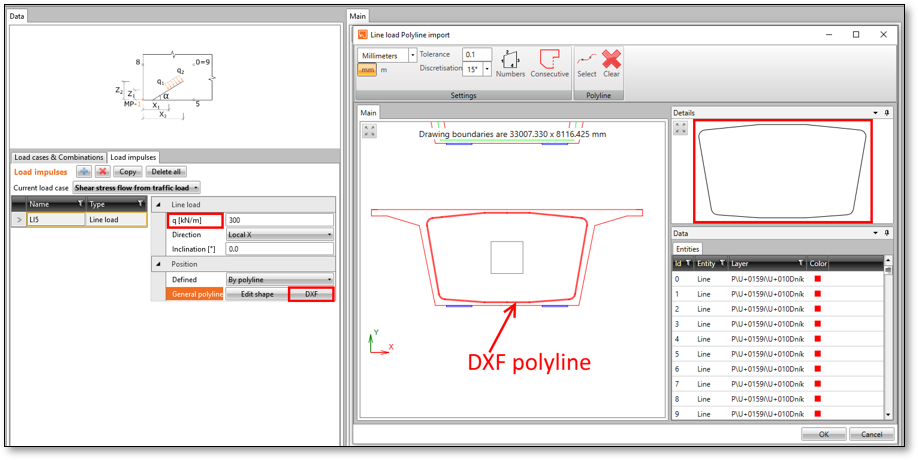 Load on a curve imported from DXF reference can save you a lot of time during the input of loads for concrete structures.

This new functionality can help a lot when defining shear stress flow in sections capable of transferring the torsion effects, a load transfer via a web of a box-girder section or equivalent load due to prestress.

The curve imported from a CAD software as a DXF file can be defined as a line, polyline, arc and even a spline, where curves are transformed to discrete coordinates.

The (in general non-uniform) load is then applied directly on the curve where the direction in the local or global coordinate system of the curve or concrete member with the option of inclination can be edited.

Watch the short introduction to this feature during our product release webinar: