CUTTING DOWN THE FABRICATION COSTS

According to the Steel Construction Cost joint publication* from the SCI, BCSA and TATA Steel, the combined cost of Fabrication and Raw Material is about 60-80% of the end-product. This clearly shows that trimming these down is essential in today’s competitive markets and can make a massive difference when bidding for a project.

IDEA StatiCa can help you reduce these costs drastically, as it allows your team to: 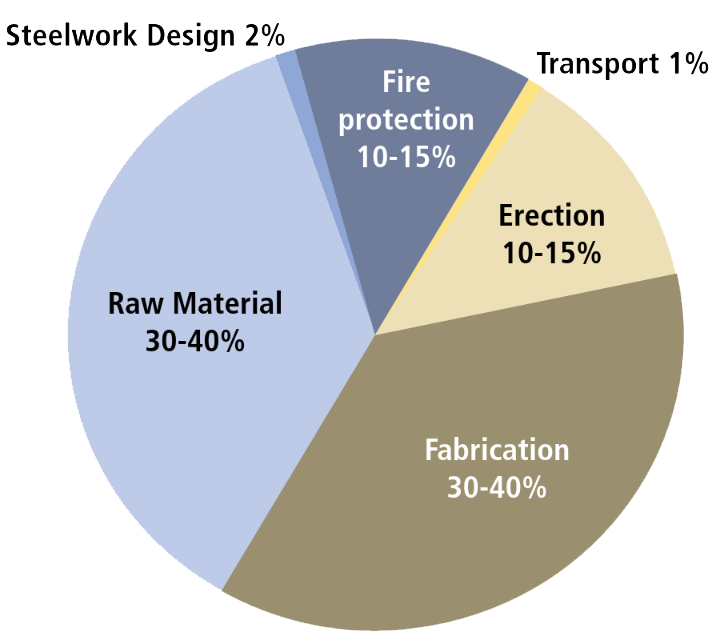 Connection overdesign is common in complex cases. This practice ensures that the required safety margins are respected when the application of code provisions is ambiguous. However, this has an impact to the fabrication cost and raw material weight. Advanced analysis tools can reduce the overall fabrication cost by simplifying such complex cases with the removal of ambiguities.

Our state-of-the-art models allow an accurate assessment of any connection topology and remove the uncertainties of the established design methodologies.

77% material reduction achieved in a real project (Heathrow airport extension) in relation to the preliminary connection design. Utilizations are color coded and underutilized parts can quickly be identified by the gray colors.

ADAPT FAST TO CHANGES DURING CONSTRUCTION

Our BIM links allow your staff to keep working with their current CAD tools, offering that way a seamless integration in your current workflow. Any modifications that may arise during construction, take place in your current 3D model. These can then be exported in IDEA StatiCa where they can be checked at a glance, no matter how complex they are. Your 3D CAD model becomes the single source of truth and helps you minimize potential errors without sacrificing the speed of execution.

Through our free 3D online viewer, you can share the proposed design changes with every stakeholder. The realistic 3D model provides a clear description of the design intent without the need to produce 2D drawings, cutting down the time needed to make decisions and move the project forward to meet the deadlines. 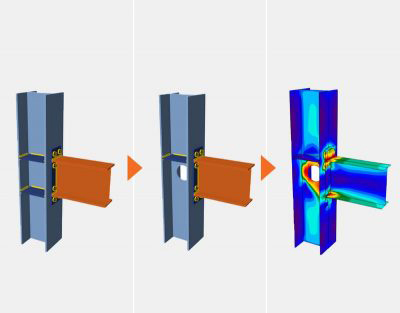 IDEA StatiCa has revolutionized the way that structural engineers design steel connections, and since its first introduction in the UK market in 2015, it became quickly very popular among Steel Fabricators who traditionally carry out connection design in steel structures.

As of 2019, it is already used by all of the TOP 10 UK Steel Fabricators, but also many other medium-small fabricators in the UK & Ireland who provide connection design services to their customers.

Some of our clients