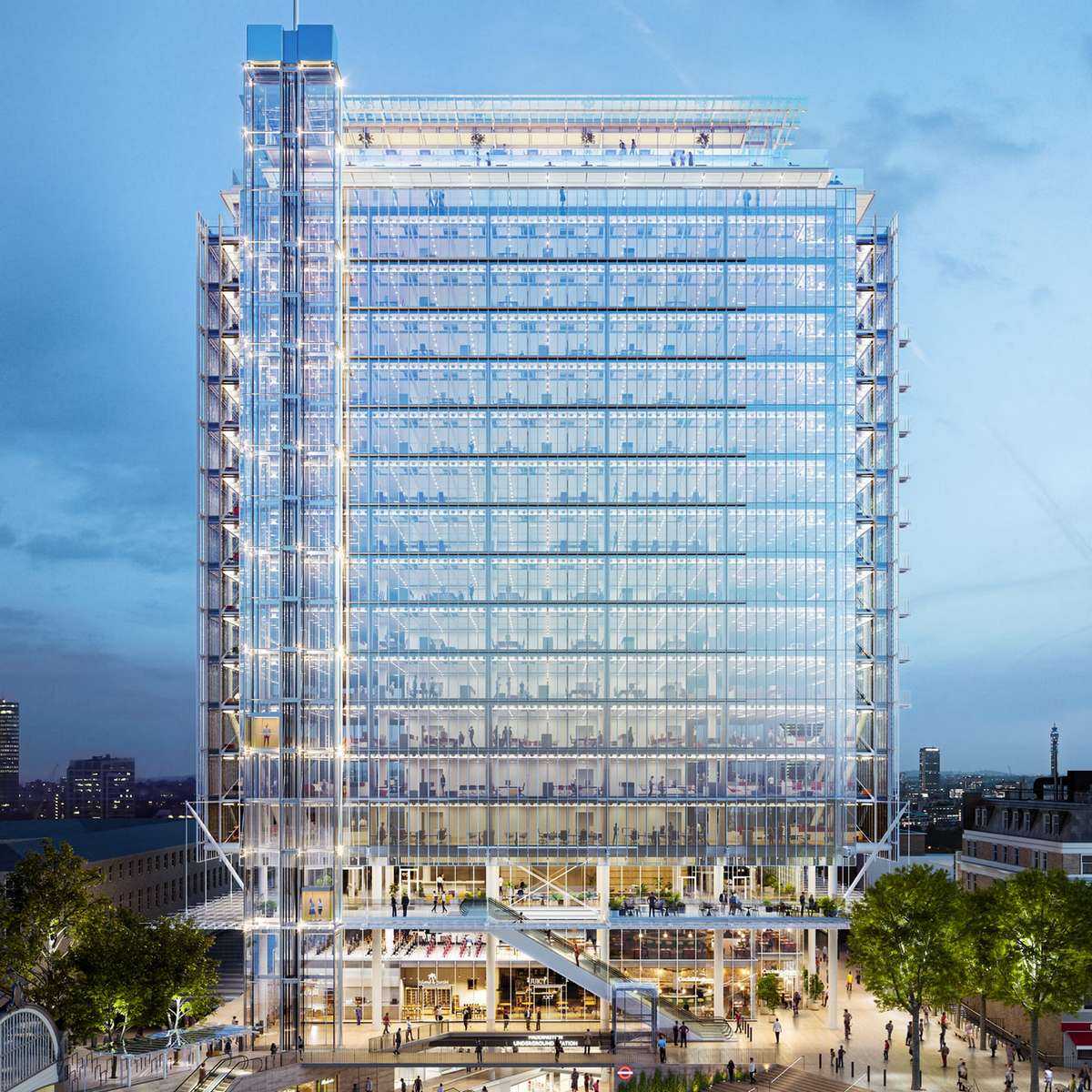 Another iconic project where IDEA StatiCa Detail saved the day for Kingscote Design was during the construction of a 22-storey office block in Paddington Square, which is also known as the Paddington Cube. The architectural design was carried by Renzo Piano and the original structural design was performed by WSP.

For this project Kingscote Design was awarded the design check of the core package in the temporary condition, where during erection the project’s engineers faced another challenge.

To transfer the huge loads from a crane sitting on top of the slip formed core (around 1 MN per crane leg), some core openings had to be temporarily filled. However, during construction the schedule changed and it was decided that the crane time should be extended. The issue was that, to avoid delays in the MEP construction, some infills had to be removed.

Initially, the problem was approached with the classic concrete design formulas and calculations using linear beam elements. However, this approach proved to be too conservative for discontinuity regions like the one created in the vicinity of the opening.

Due to the flexibility of IDEA StatiCa Detail, an advanced CSFM model was quickly created and multiple opening configurations were interrogated as the MEPs would appreciate a second opening. The calculation proved that only one should be allowed under the operating crane.

Once again the wall under the crane footing was accurately recreated in IDEA StatiCa Detail including the applied reinforcement. It should be noted that the defined reinforcement adapts around openings. This makes the structure interrogation easier, especially under the pressure of the construction deadlines as geometry modifications can be easily performed.

The calculation proved that the wall could bear the crane loads with one of the requested additional openings and at the same time maintain a resistance margin as is graphically displayed by the utilizations below.

The models also appear to perform very well in the serviceability limit states, again with an adequate resistance margin.

After the creation of this article, Eunice storm – a storm that was characterized as: “…The worst storm to hit the island in a generation…” –  hit the UK, and London as well, creating a lot of damage in many buildings and structures, including the iconic O2 Arena, with part of the tent fabric in the roof ripped off.

It should be noted that the crane was in place during the Storm, however, it did not affect the crane supporting structure at all, proving the accuracy and maturity of the applied calculation method used in IDEA StatiCa Detail, since the storm loads probably reached or even exceeded the limit states predicted by the current codes.