Version 7.1 brings again more innovations to IDEA StatiCa! We were focused mainly to the simplification of the program from the user point of view, but also more advanced methods in modeling and check connection parts – welds and bolts.

This release is free of charge for all users that have version 7, and can be downloaded from our Downloads area.

See below the main new features and improvements:

The most visible new feature in IDEA StatiCa 7.1 is the new way of graphical representation of checks. Checks of all items are sorted into following groups and visualized by corresponding “traffic lights” colors:

The Design section of the program offers now only this option. All other methods of check visualization are available in the section Check.

Also, you can now click on a connection component in 3D window, and the corresponding manufacturing operation is automatically selected, so you can modify its properties immediately. 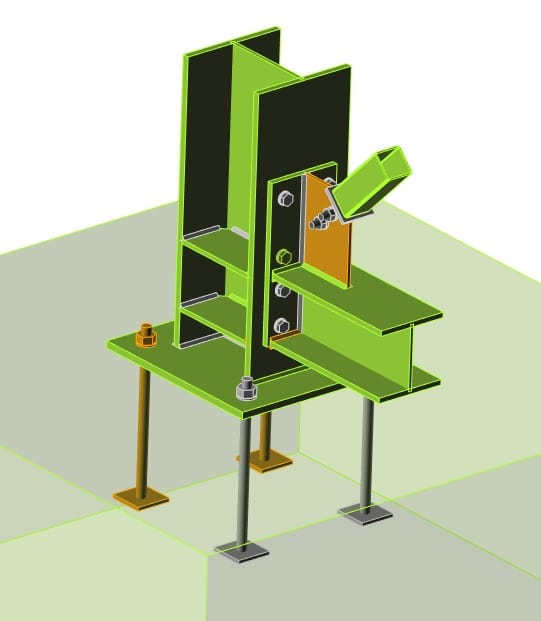 We have implemented preloaded bolts, probably the biggest demand from our users. IDEA StatiCa Connection now checks the Service Limit State (SLS) of preloaded bolts. If there is a slipping effect, bolts do not satisfy the check. Then the Ultimate limit State (ULS) can be checked as a standard bearing check of bolts.

The user thas the ability to specify the Pretension force factor and the Friction coefficient, to adjust the preloading effect to his needs. 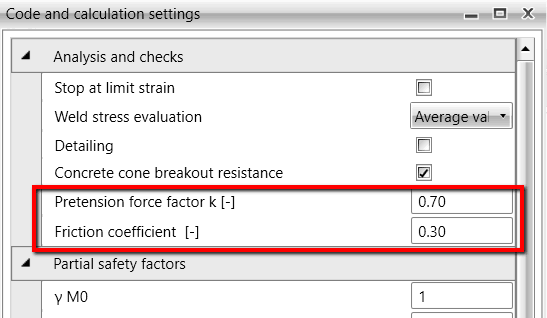 In the following example you can see the difference between normal and preloaded bolts in the same connection, which is loaded by tensional force only. In the first picture you can see the bearing of plates in the case of standard bolts:

If you check the same connection with preloaded bolts you can see smaller deformation and uniform distribution of shear force. The capacity of the connection is smaller in this case:

Interaction of shear and tension forces in bolts

IDEA StatiCa Connection can check bolts for interaction of shear and tension forces. In the case the user chooses the setting “Bearing” both checks are performed separately.

We have implemented an even more accurate weld model. Welds are now modeled by a special elastoplastic element which is added between the plates. The nonlinear material analysis is applied and elastoplastic behavior in equivalent weld solid is determined. The ideal plastic model is used and the plasticity state is controlled by stresses in the weld throat section. 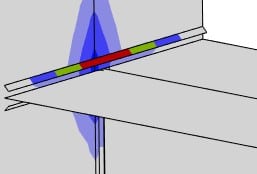 The results are significantly more accurate (long welds, not fully stiffened joints) with this analysis, but also the method of weld modeling from version 7.0 (and previous) can be still used for fast pre-design of complex connections. 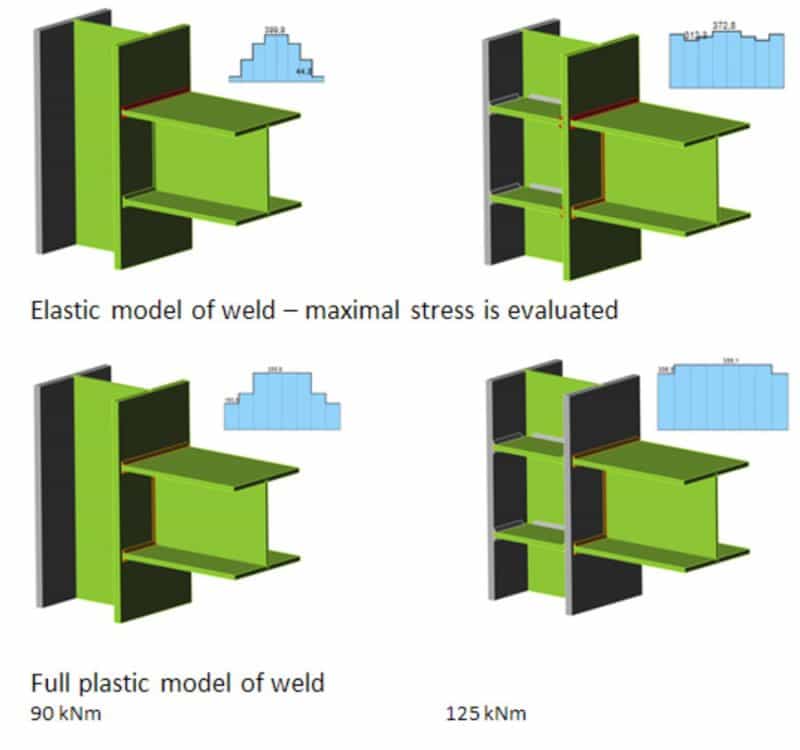 Joints design in seismic areas requires special types of details. We have developed an input of notches of webs and special “dog bone” cuts of flanges to enforce plastic hinge on member. 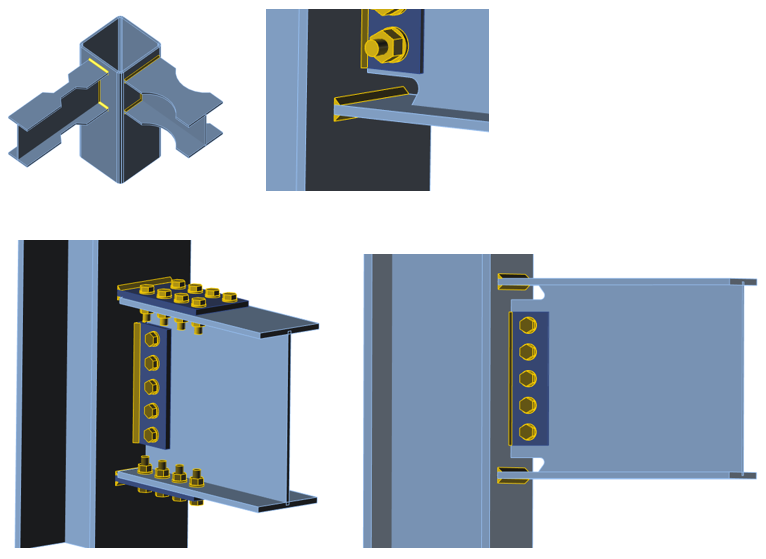 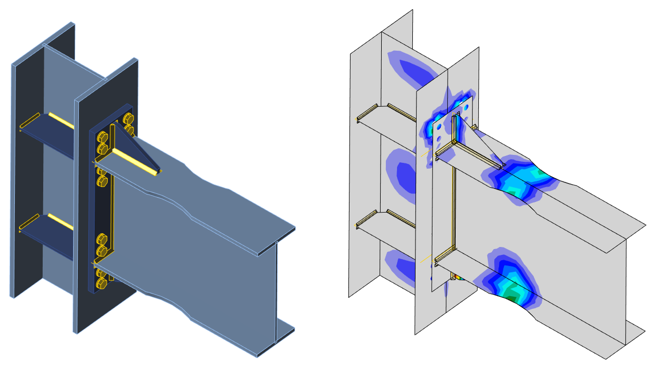 We have canceled the item Results in navigator and implemented a new way of Report content selection: 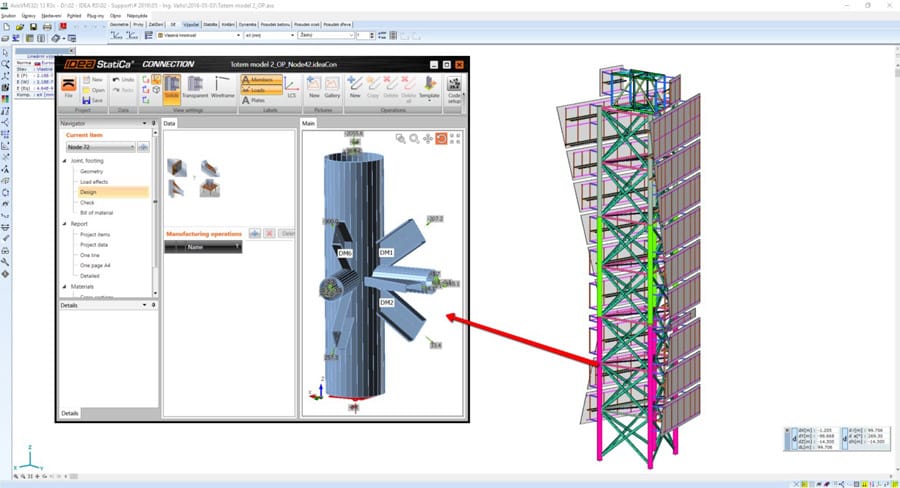 Rotational capacity of the connection

The rotational capacity of the connection is an important value, especially in the case of seismic analysis. It provides information about connection ductility and ability of seismic energy absorption. Its value is calculated for 15% plastic deformation and can be found in the results table. 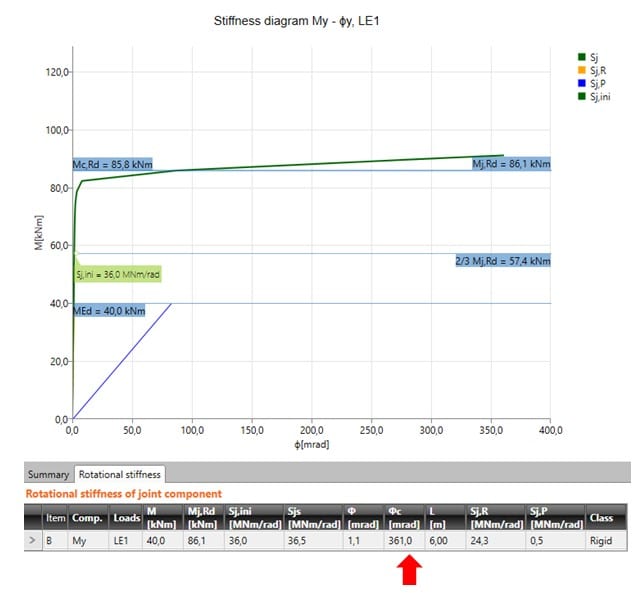 Members of steel joinst are not aligned in one plane in many practical cases. Not fully parallel plates are slightly bended in reality. This is a problem in a mathematical model, but we resolved it in IDEA Connection now. 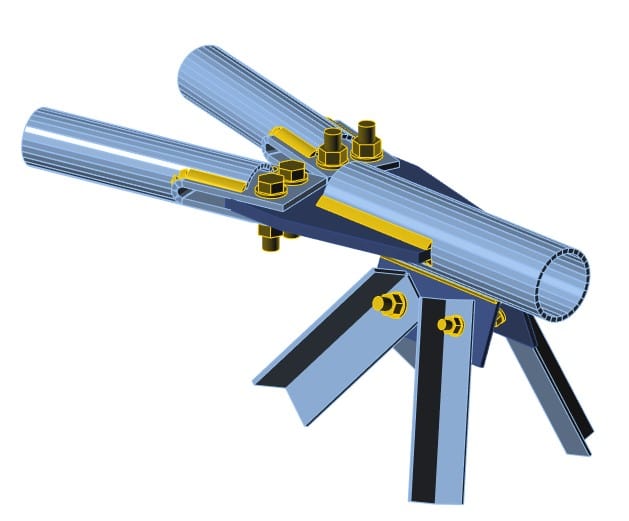 In order to have a easier understanding of the bolt checks, we have reorganized bolts checks tables and separated them into different groups: 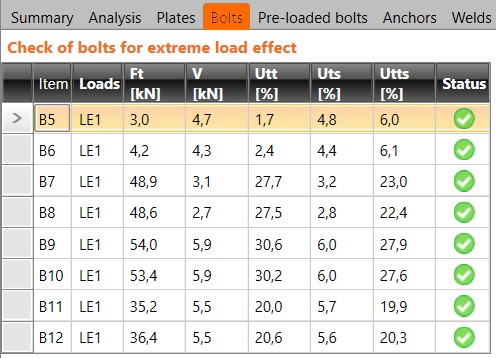 There are new types of CSS in IDEA StatiCa 7.1 – T profile as a part of I section and general cold-formed cross section defined by a table. 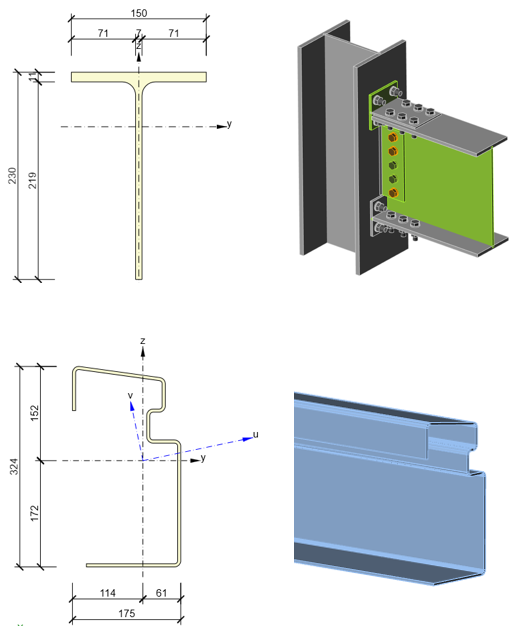 For an even easier creation of complex plate shapes, we now offer the ability to import the shape of the plate from a DXF file. One more demand from our users is implemented! 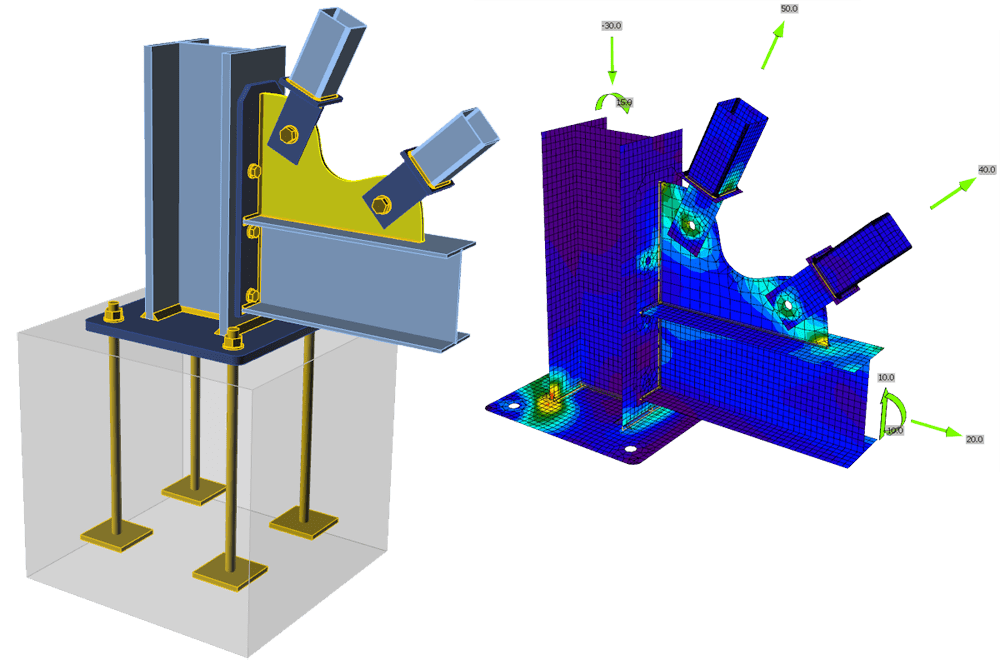 Curious to see all the new features?