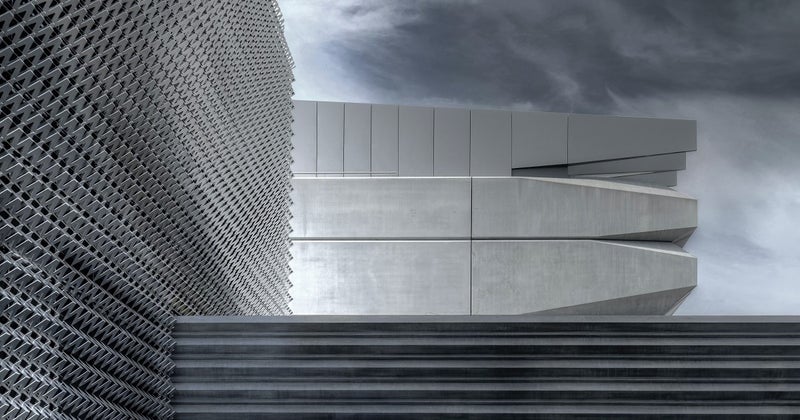 We encounter it almost everywhere and don’t even think about it. Replacing it with another construction material is nearly impossible. Yes, we are talking about reinforced concrete. A composite material that has been used in construction for more than 170 years. We bring you our first short trip into architecture and construction history.

It’s such a common material and used so often that most engineers don’t think about it in any depth. For most of us, it is just a material that has to meet the required parameters in various shapes. But when working with it, have you ever wondered what country it came from? Or what is the history of a material without which many world-famous buildings would never have been built in the first place?

For this article, let us put aside complex engineering problems, design and structural assessments, load analysis, and the application of standards. Let’s take a short trip into history together and see where this material comes from, its origins and how it developed giving rise to an incredible amount of purposeful and admirable buildings.

The benefits of concrete have been used by Romans (some say Egyptians) already. Some of the buildings they built using it are still standing today. An excellent example is the worlds largest monolithic dome on the Pantheon in Rome (image below), which was built using cast-in-place concrete technology in the second century AD. This is not the only example of early adoption of concrete: there are many similar structures in the world. 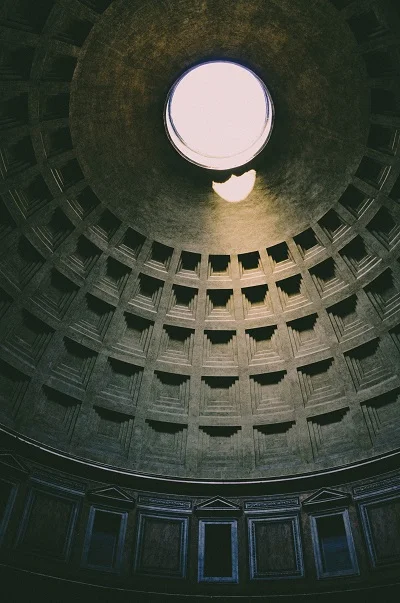 Who was Joseph Monier?

It is surprising that the idea of reinforcing concrete with iron elements did not appear until the nineteenth century. With some exaggeration, this period can be called the period of the Technical Renaissance. In addition to reinforced concrete, the use of steel also revolutionized construction. It began to appear on a wider scale in the form of load-bearing elements only a short time before reinforced concrete itself.

In the 19th century, several pioneers experimented with reinforced concrete. Among the earliest and most important was the Englishman William Boutland Wilkinson, who experimented with fireproofing solutions in the construction of buildings. In 1854, he used steel rods and ropes to reinforce the concrete in constructing a house for his servants. He patented a solution that proved successful.

Another pioneer was the French industrialist François Coignet, the first to construct a four-story building made entirely of reinforced concrete in the French town of Saint-Denis in 1853. He also patented his solution in 1855.

The first “ancestor” of reinforced concrete as we know it today, which effectively combines the best of both materials, i.e., the compressive strength of normal concrete with the tensile strength of iron, can be said to date from 1867. At that time, a French gardener, Joseph Monier (image below) was looking for a replacement for clay and wooden pots. He tried making concrete ones, but they cracked – so, he attempted to find a way to make them strong enough.

He came up with the idea of using a simple iron structure, which he then covered with concrete. The result exceeded all expectations, and Joseph Monier patented his solution on 16 July 1867.

He even exhibited his invention at the Paris Exposition that year, where his solution met with great success. It was July of this year (2022) when this patent celebrated its 155th anniversary. 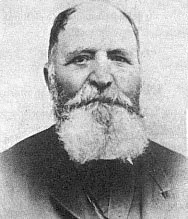 The boom across the construction industry

Reinforced concrete subsequently boomed across the construction industry in the modern world. It spread to the United States before the end of the century.

It quickly became a material that has found use in all types of buildings – from roads, and houses to monumental buildings in the world’s largest conurbations. Hand in hand with this expansion, however, the demands on its properties have grown. Concrete, as an essential element, has undergone a revolutionary evolution over the years. Engineers have experimented with composition and loading, new grades have been created, and the possibilities for use in various environments have expanded.

Therefore, just as concrete production technology evolved and its properties have improved, the same evolution has occurred to the methods of calculating concrete structures.

Each structure contains so-called B and D areas, which are characterized by a different design approach. 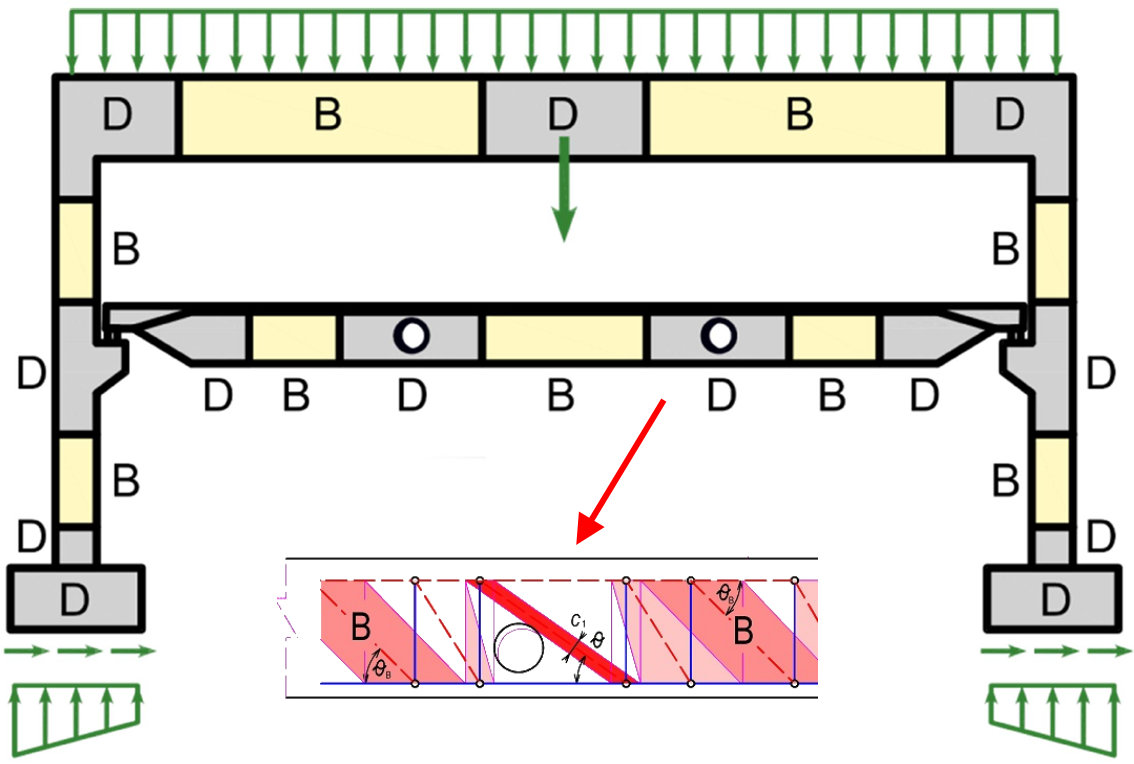 B-regions can be defined as regions in which the Bernoulli-Navier hypothesis holds, which assumes that a cross-section that is planar before deformation remains planar after deformation. For such regions, the solution and judgment given in the standards can be safely used. The IDEA StatiCa RCS and IDEA StatiCa Beam offer solutions for B-areas in which beam theory is valid.

The places where the Bernoulli-Navier hypothesis does not hold are called discontinuity regions or fault regions: the D-regions. These are regions of emplacement, around lone beams, places of sudden changes in cross sections, holes, etc. In the design of concrete structures, we encounter a number of other D-areas such as walls, bridge girders, short cantilevers, etc.

Despite the development of several calculation tools in the last decades, the strut-and-tie method is still used in manual calculations. However, its application to real-world structures is time-consuming, as several iterations must be performed, and several load cases also need to be considered. Moreover, this method is unsuitable for verifying serviceability criteria (deformation, crack widths, …).

These and other similar challenges related to the analysis of concrete structures have caused companies to collaborate with academia. IDEA StatiCa followed the same approach, and, in collaboration with ETH Zurich, IDEA StatiCa developed and thoroughly tested a method called Compatible Stress Field Method (CSFM) for the design of discontinuity regions.

This method was implemented in the IDEA StatiCa Concrete application and is based on a computer implementation of a stress field model and uses the basic material properties specified in the concrete design standards. CSFM overcomes the limitations of classical approaches and can be considered a generalized truss analogy method, but in which the actually stressed regions are considered instead of the resultant forces.

Concrete and reinforced concrete has thus become a material whose use is often preceded by complex analyses. The early pioneers who experimented with it would certainly not have guessed how broad a foundation they laid for the industry and how far construction using reinforced concrete would evolve.

What is the future of reinforced concrete? According to Prof. Kolísko, Director of the Klokner Institute in Prague, reinforced concrete is so widely used and is such an easy-to-use material that we cannot expect its replacement soon. However, there will be more frequent optimization of concrete structures related to the more economical use of cement, which is a significant contributor to the so-called carbon footprint.

The future will undoubtedly lie in UHPC (ultra-high-strength concrete), which is already being experimented with and producing promising results for optimizing concrete structures.

We are pleased that our IDEA StatiCa application and others will be part of this story. For several years we have been helping engineers around the world to design and optimize steel and concrete structures, saving time in designing and code-checking any concrete members.

Did you know that cargo ships have also been designed from reinforced concrete? We will be focusing on cargo ships in our next construction history post!

Join 10,000 fellow engineers and get expert engineering tips straight to your inbox.